With an estimated $58.5 billion in North American sales, Electrical Wholesaling estimates the Top 200 controlled approximately 51% of sales through electrical distributors in North America.

In April of this year Electrical Wholesaling sent out a survey to several hundred distributors of electrical supplies that have either been on the list or have at least $10 million in annual sales, according to data sources. This year we received 2018 sales information on more than 150 Top 200 distributors, either from our survey or from publicly available information on these companies. We also used the Mergent Intellect database to collect data on some companies and used that data in combination with past survey responses and other publicly available information to place these distributors in the Top 200.

Over the past few years quite a few Top 200 electrical distributors have been acquired. According to our records, 28 Top 200 have been acquired in the past five years, and dozens more over the past decade. While we have good data for 150 companies, it has gotten harder to develop estimates for many of the smaller companies so in 2020, we will just list the 150 largest companies. 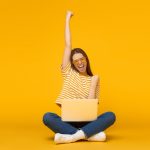 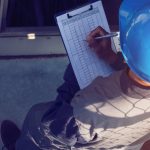